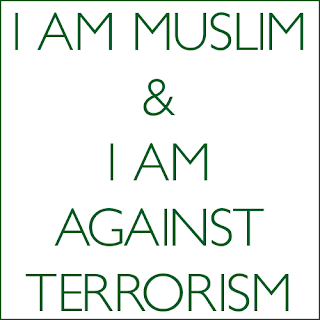 What happened in Boston was terrorism ...

... regardless of whether some right-wing lone wolf did it ...

... or some other individual or grouping of individuals did it.

"Terrorism" is not the word we apply once we are certain a Muslim was involved.

P.S.: You can read Chapter One of my novel here.
Posted by Yusuf Toropov at 10:57 AM

This is a NO CRAP manifesto for fiction writers 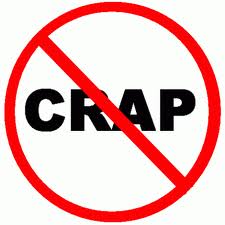 Most aspiring fiction authors spend so much time and energy complaining about publishers and agents and so forth that I wonder about how truthful they are being with themselves when they dismiss publishers and agents in the next breath as irrelevant. It is no coincidence, I think, that most of what these writers put out there on Amazon is terrible. They are focused on something other than quality.

Technology may have liberated us as writers, but it has also given us a responsibility not to launch waves of crap upon the world.

I feel like there needs to be a no-more-crap manifesto.

I am not publishing my novel until I start getting actual confirmation from large numbers of beta readers that it is worth publishing. Why? Because I refuse to publish crap fiction. Even though it is easy to do so.

The great unspoken truth here is that people who complain about how difficult it is to get a new novel to a wide audience generally do not yet have a novel worth reading. I don't want to be one of those people.

They post and sell "novels" that are just plain not ready for the light of day. My accountability partner +L. T. Dalin , on the other hand, has logged over a million words on a trilogy that she knows is not yet ready for prime time.  (It's a lot closer than she thinks, though.) Bless her and her caution. Most people don't have her discipline. She is a great role model.

In any branding initiative, there is an obligation to maintain a certain standard of quality connecting to the consumer's experience.

For authors of fiction, especially, I think that obligation means not publishing your @#$%^ first or second draft.  We are already drowning in a sea of terrible fiction. Agents cower in terror at the size of the tidal wave of our crap. They basically close up shop from Thanksgiving to New Year's because of the tsunami of crap fiction that descend on them after #NaNoWriMo. I love NaNoWriMo and want to do it again, but DAMN people: it is for generating a FIRST DRAFT.

I'm not (just) talking about hiring a copy-editor for your novel. I'm talking about not publishing your novel before the people you send a sample chapter are saying, "Where's the rest? I want more." And then, when they finish the thing, they go out and tell their friends about this great book.

There was a kid I taught in fourth grade who wrote every essay as a straight stream of text. He was Mister Get This Done. No paragraph breaks. No stopping. No second thoughts. He was amazing. He would start at the upper left hand corner of the page and continue until he filled the page. Then he would leap out of his seat and hand the sheet in to me.

Near the end of the school year, I heard one of the other kids in class say to him, "Have you EVER erased ANYTHING?"

It's a good question.

For most of us working on fiction projects -- and I definitely include myself here -- the big problem is not that the publishing model has changed. The big problem is that we are not holding ourselves to a high enough standard as writers.

The real challenge for us now isn't publishing our stuff, it's having the guts NOT to publish our stuff until it's drawing real, live, no-bullshit rave reviews from beta-readers (like +Ksenia Anske 's work is).

If you are willing to make that kind of personal commitment, sign on to the NO CRAP MANIFESTO!

Posted by Yusuf Toropov at 7:39 AM

... which is a pretty respectable ratio. Seven words of crap to one word I like. That ratio means, though, that all my drafts of new content will probably break a million before I am done with this thing, and that made me shiver a little ...

UNTIL I came across this great Ira Glass quote, which reminded me of authors I love whose process was all about winnowing out the chaff ... and also reminded me of friends who inspire me daily with their commitment to doing lots and lots of work, no matter what, notably +L. T. Dalin and +Ksenia Anske and +Paul Kater and +Brian Meeks. I hope they will get as much out of this observation as I did. 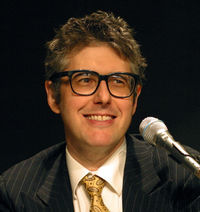 "All of us who do creative work, we get into it because we have good taste. But there is this gap. For the first couple years you make stuff, and it’s just not that good. It’s trying to be good, it has potential, but it’s not. But your taste, the thing that got you into the game, is still killer. And your taste is why your work disappoints you. A lot of people never get past this phase. They quit. Most people I know who do interesting, creative work went through years of this. We know our work doesn’t have this special thing that we want it to have. We all go through this. And if you are just starting out or you are still in this phase, you gotta know it’s normal and the most important thing you can do is do a lot of work. Put yourself on a deadline so that every week you will finish one story. It is only by going through a volume of work that you will close that gap, and your work will be as good as your ambitions. And I took longer to figure out how to do this than anyone I’ve ever met. It’s gonna take awhile. It’s normal to take awhile. You’ve just gotta fight your way through.”

You can read Chapter One of JIHADI (which contains only words I like) here.
Posted by Yusuf Toropov at 5:56 AM

The beta readers weigh in on my novel JIHADI

Some highlights from the comments from beta readers of the current manuscript for my novel JIHADI: 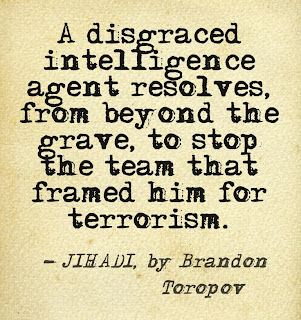 "Congratulations! It engages the reader in a very deep way, and I couldn't help but note the influence of Nabokov, combined with a stark note of realism that reminded me of Pushkin and Orhan Pamuk's works, combined. Am I right? The manner with which it is written, succeeds in conveying the mental and psychological angst, to the point that it had me completely absorbed in the story that is being told. Am in awe, and must admit not having read anything of such depth in a very very long time!" +Nina MJ

"It sucked me in and I finished sooner than I thought. Some great plot twists! This is great stuff." +C.M. Skiera

"Loved this so far. Definitely in anguish to discover the pages after Raisin's account of his dream were blank ones. Ack! I really liked the story/footnotes device you've used to tell the story. I think it's really effective and allows you to maintain excellent pacing." +Madison Dusome

Well, maybe eventually. It is still in process. And there are a lot of more specific notes on improving this book from these and other devoted beta readers, to whom I am grateful. That people still want to read more after having completed the bit I have deemed Ready for Prime Time is heartening.

Once upon a time, I pushed myself to commit finishing a full draft of JIHADI by July 15 of this year. Then I listened to +N. Dionisio and decided I had better just hit my daily word counts and then let the book tell me when it was done.

So that's the plan. Insofar as there is one. But the lack of a clear plan might just be an adventure in itself.

If you are interested in beta reading any portion of the first 25,000 or so words of JIHADI, let me know. I value and closely consider all critiques. You can read Chapter One of JIHADI here.
Posted by Yusuf Toropov at 9:46 AM

Writing about something without mentioning it

There is an Ernest Hemingway story, BIG TWO-HEARTED RIVER, that (when you read it age seventeen) looks like it is about a guy going fishing, and then (when you read thirty-four years later) reveals itself as a guy working through post-traumatic stress syndrome. It unlocks the universe. If you are a fiction writer, I mean.

Who knows. I'm slow. It might not take you three and a half decades to get the point. But once you do, you will want to read and reread this.

You will also want to Google "Hemingway iceberg theory." That will lead you to a wealth of discussions about how to write about something without mentioning it, which is what Hemingway does here. 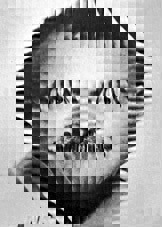 Posted by Yusuf Toropov at 7:16 AM

The Greatest Novels of All Time: The Negotiations Continue

+A Long wrote a cool blog listing his top ten novels for the Google+ community I moderate, THE ONE HUNDRED GREATEST NOVELS OF ALL TIME. I figured one good turn deserves another, so you can check out his list here. 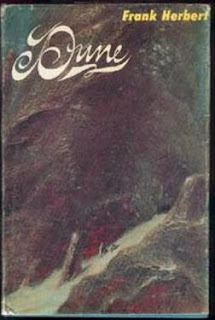 I was a little embarrassed that I hadn't considered Frank Herbert's DUNE on my own list -- so I may just have to update that. Nice list A! 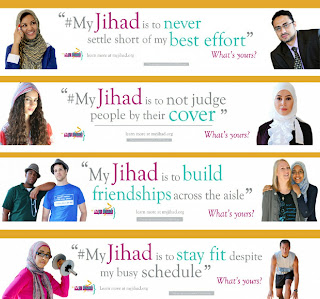 Non-Muslims: If you wouldn't have rounded up the Japanese-Americans and put them into horse stables in 1942, then I dare say you are the kind of person who will read and circulate this constructive (and, yes, patriotic) message. You can find it on Twitter via the #MYJIHAD hashtag.

Muslims (and, heck yeah, non-Muslims): What's your jihad? Mine is here.