More than halfway home on JIHADI!


After six years of work, inclining to seven, I am on finally track to finish my draft of +JIHADI (novel by Brandon Toropov). Nineteen of thirty-one chapters are now ready for prime time.

The commitment now is to complete a chapter a week, wrap the first draft by December 10 of this year, let it rest for a couple of weeks, brush it up one more time, and then start circulating the manuscript among literary agents after the New Year. The total projected word count is 95,000. Of that, 55,000 is now finished and readable. There is another 35,000 or so words of scary-bad rough draft material. Much of the work to come will take the form of forays into that big, ominous file of extremely drafty text.

I am way pregnant, people, and the kid needs to come out. December 10 is my delivery date.

I am writing this blog post to put myself on the hook.

You can read the current chapter excerpt for JIHADI by clicking here if you want a longer look.

He Was Not There

(I came across this beautiful piece online, but I have no idea whether or not it's an actual Rumi writing. The Internet is full of bogus attributions. It sounds like Rumi, though. If you have a citation that suggests it isn't Rumi, please let me know.)

"I tried to find Him on the Christian cross, but He was not there;
I went to the temple of the Hindus and to the old pagodas,
but I could not find a trace of Him anywhere…
I searched on the mountains and in the valleys
but neither in the ... heights nor in the depths was I able to find Him.
I went to the Ka’bah in Mecca, but He was not there either…
I questioned the scholars and philosophers, but He was beyond their understanding…
Then I looked into my heart and it was there
where He dwelled that I saw Him,
He was nowhere else to be found." - Rumi 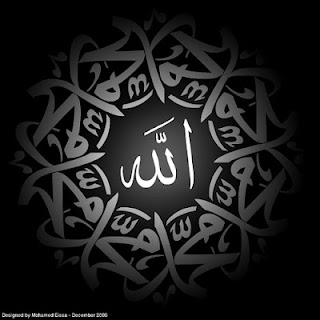 Email ThisBlogThis!Share to TwitterShare to FacebookShare to Pinterest
Labels: Islam

The complaints we use to drive through the day (for instance, "I don't have enough time") are something we may mistake for the reality of our lives. (Is there really a shortage of time?)

In attempting to "fix" that complaint (by imposing a solution that we imagine will, in this case, somehow create more time) we rob ourselves of Possibility in the moment. We rob ourselves of our own authenticity. ("The neighbors, with their loud party, are keeping me from concentrating and thereby wasting my time, of which I already have too little. I shall go berate them. That will create more time.")

By recognizing the complaint as a complaint, not as reality, we can create Possibility in the moment. For example:

I am committed to the Possibility of being Resourceful.

Posted by Yusuf Toropov at 3:41 AM

Okay, it turns out that it's technically not the SAME woman, but rather a series of female family members morphing into each other in a seamlessly digital way. Still -- astonishing. And a reminder that none of us have all that long to play here in the sandbox.

What can't they do with visuals these days?

There is something creepily intimate about watching such a persuasive visual representation of the bulk of another person's life cycle. Like you're the ultimate voyeur.

Posted by Yusuf Toropov at 7:05 AM

Another plausible list of the greatest books of all time. Look who's on top! Nabokov!

This cool list, which polls contemporary established authors on their favorite "great" books, puts Nabokov at positions #1 and #10.

Why do I feel a sense of personal vindication? It's because I still run into people who think that LOLITA promotes child abuse, or who think PALE FIRE is "too confusing." Just keep turning the pages, and remember that reading something twice is okay.

Hemingway, another obsession of mine this year, posts well but does not crack the top ten. Shakespeare, too, which I guess means they're counting his plays as honorary novels. No mention of Victor Hugo in this poll. Sigh.

This good list also reminds me to prioritize the important authors I still need to read. Looks like Fitzgerald is next. 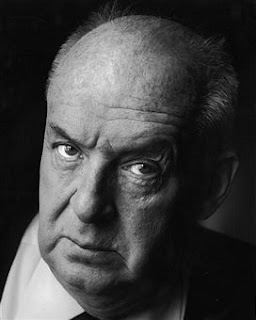 Herewith, Margaret Alderson's Four Parts of the Story. This is summarized from her videos and her magnificent book THE PLOT WHISPERER, which, I submit, every writer and storyteller needs to buy, read, and read again. Click here to buy it on Amazon.
END OF THE BEGINNING. Forced out of the normal world, the protagonist faces a new and uncertain environment. This transition marks the end of Act I.
HALFWAY POINT. The protagonist's long-term Goal is now clear; a cast of supporting characters has emerged that reflect back to the protagonist elements he cannot see in himself.
CRISIS. The protagonist faces his biggest challenge, and must make a big choice: Resist what is and become a victim, or yield to what is and become a victor.
CLIMAX AND RESOLUTION.  This is the highest point of energy in the story (climax) and everything that follows that (resolution). This transition comes shortly before the end of Act II. The story now turns toward the point where the protagonist is ready to re-enter the world ... but as someone who has been changed profoundly, learned a lesson, been transformed by the quest, etc.
Here's good video overview of the four-story-point-template (also known as a plot planner) from Martha Alderson.
Posted by Yusuf Toropov at 2:58 PM

Fiona Apple is my preferred writing music, and THIS IS 40 is the Album of the Year that Wasn't

I whined, months ago, about the soundtrack album for *THIS IS 40,* which contains the only high-quality, legal version of the  Fiona Apple masterpiece "Dull Tool."

"Why should I have to buy the whole album to hear Fiona, why were the reviews so bad, where's my coffee," etc. Well.

Last week I gave in and bought it, not being a bootleg guy, and am here to report that the whole freaking thing is magnificent. I suspect that the poor (actually, split) reviews were a result of an attention-deficit problem among certain younger listeners, for whom this wasn't recorded anyway. Really a triumph for Jon Brion (producer) and, in no particular order, Paul Simon, Wilco, Graham Parker, Lindsey Buckingham, Norah Jones, Fiona, and (who knew?) Yoko Ono.

It is all superb, though it took me almost a year to figure that out. Among many splendors is a sparkling, long-forgotten instrumental from Paul McCartney's 1975 VENUS AND MARS that pairs up very nicely with the Ono piece, a charming retro entry a la "Honey Pie." And speaking of Beatles Connections (a favorite topic of mine), one might consider this fine album's BROTHER AND SISTER, to be the classic McCartneyesque response to Fiona's distinctly Lennon-ish "Dull Tool."  That is, for BROTHER AND SISTER: Optimism, possibility, world-wise humor vs., for DULL TOOL, Cynicism, guardedness, venom, aggression, and a profound mistrust of appearances.

Anyway. The attached is Lindsey Buckingham and Norah Jones (what a duo!) performing what sounds like the other side of a double-a-side single that never was. Play it back to back with "Dull Tool" and see if you don't agree. 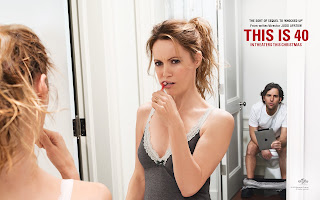 Nabokov once made the point that all good literature is lying. I was reminded of that last night when I watched the Oscar-winning film ARGO. A great lesson in storytelling is waiting there.

The film, which is excellent, is based VERY LOOSELY on a true story from 1979 pertaining to the Iranian hostage crisis. How loosely? I Googled "Canadian caper" this morning to find out. "This knocked me out" department: In the narrative of the actual event, the bulk of the movie's second half simply doesn't exist.

In reality, the CIA guy got into Iran, picked up the US diplomats who had been hiding out at the Canadian ambassador's residence, and left the country in a single day, using the (seemingly absurd) cover that they were all part of a Hollywood sci-fi film team that had been looking at locations in Iran. The Iranians bought it. The six Americans and the CIA guy escaped.

Promising -- but boring, right? That's the problem with reality. It's usually dull. You get to the airport. You show your passports. You get on the plane. You leave Iranian airspace. What kind of a suspense movie would THAT be?

The best part of the film was the lie that emerged from the premise supplied by the actual event.

Virtually all of the intense drama of the second half of the film -- the dangerous scouting of the supposed locations for "Argo" scenes, the cat-and-mouse game with the Javert-like Iranian figure who suspects something is up, the abrupt news that the the mission has been called off due to second thoughts in Washington, the protagonist's decision to disobey orders and head to the airport anyway, the final approval of the President once the mission is underway, the cars full of militants pursuing the airport down the runway -- all of that was made up. None of that actually happened. It was all added by the gifted screenwriter, Chris Terrio.

At the end of the day, I think every story worth reading or watching is somehow "based on actual incidents." The question is what interesting lies we will add. I found studying what was added to this gripping story an important lesson in plot development, in raising stakes for the protagonist and pushing him, and his cause, to the outer limit, in not letting the "truth" -- or any boring variation on it -- get in the way of that.
Posted by Yusuf Toropov at 10:55 AM

A rave review for JIHADI in REPUBLIKA ONLINE ... before the novel is published!

An on-line friend, @_imuk, sent me a Tweet advising me that JIHADI had been written up in an Indonesian magazine.

Not possible, I wrote back. I've only posted part of one chapter.

This morning I woke up and he'd sent me the link. I made a quick trip to Google Translate, and ...what do you know? They obviously did some research on me, quoting from what appears to have been another article on my book BEYOND MERE CHRISTIANITY. It's basically a "keep an eye on this writer" piece. And yes, it does say nice things about the novel. It ran in June. SubhanAllah!

Indonesia has the world's largest population of Muslims, and this appears to be their TIME magazine. Or something. Here's the excerpt that appears to have prompted the interest of REPUBLIKA ONLINE ... and generated 50,000 views!

Posted by Yusuf Toropov at 3:48 AM