Andreas Lubitz was not a terrorist because ... um ...

... he wasn't acting as part of a group. (No, wait, there are terrorists who act alone.)

... he was depressed. (No, wait, terrorists can be depressed.)

... he wasn't acting on behalf of a religious belief. (No, wait, terrorists don't have to be religiously motivated.)

BECAUSE HE WAS WHITE AND NON-MUSLIM! 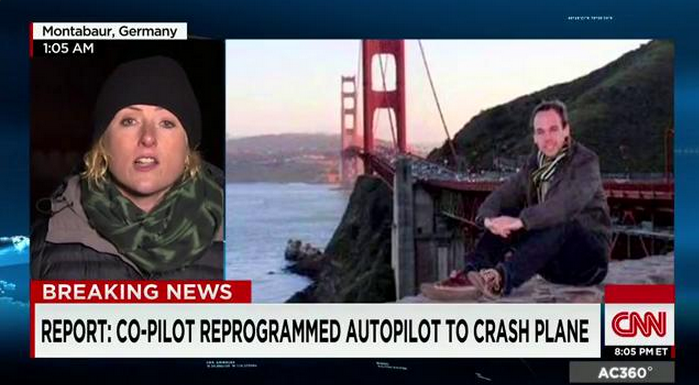 See also Juan Cole's fine summary of the Top Ten Differences between White Terrorists and Others.

((Addendum: Yes, I do realize that most mainstream definitions of terrorism emphasize a desire to impose a political agenda by means of violence; no, there are no signs of a political agenda in Lubitz's case. I'm making a point, not so much about Lubitz's motivations or state of mind, but about the mainstream media's urge to attribute such events to some global Muslim plot against civilization. 3-29-15))
Posted by Yusuf Toropov at 12:39 AM

Yusuf Toropov‏@LiteraryStriver
Creating a powerful global conversation about #coexistence and #literature and #culture.
Click here to join me on Twitter.
Posted by Yusuf Toropov at 2:55 AM

Grammar point for consideration: In formal, written text, should we use "they," "them," and "their" to convey either a plural or a singular meaning, as the need arises?

Lots of intelligent and well-meaning people say yes. I can't bring myself to sign on with these folks, though, and as far as I can tell, institutions like the New York Times and the Times of London can't, either.

New to this debate? Here's what you missed. Proponents of "they" as a singular pronoun argue that usage drives grammar over the long term (true) and that there is, without this singular, no elegant solution to the centuries-old challenge of securing a gender-neutral English sentence (not so sure about that one).

Let's tackle the popular usage issue first. It's true that contemporary usage weighs in firmly in favor of sentences like this: "If you don't like what a certain writer has to say about English usage, unfollow them on Twitter!"

Ouch. A sentence like that is certainly easy enough for some people to write ... but lots of other sentences are easy for people to write and, at the same time, oh, what is the word I'm looking for here, wait, I've got it: wrong.

Popular usage also gives us sentences like this: "We were, for all intensive purposes, banished from polite society." (If you don't know what the problem with that sentence is, please Google the phrase "misheard idiom.")

My point is this: Both sentences make me cringe in equal measure. Not everyone has that reaction, of course. "They" as a singular is gaining currency. Maybe a new generation of writers and readers will make both of those sentences palatable for even larger numbers of people than now find them palatable.

This is my blog, though, so I'm telling you how I feel about this.

How I feel is as follows: We say lots of things that shouldn't show up in formal, edited text, and "they" as a singular is one of those things.

On to the second issue, the presumed lack of elegant options when searching for gender-neutral language. Here's a question for writers: Is it really so difficult to come up with an alternative to "unfollow them on Twitter" that doesn't hurt my ears when read aloud? (And yes, if you haven't gathered by now, whether or not a sentence hurts my ears when read aloud is the critical issue here.)

Answer: I really don't think so. This next part is going to sound arrogant, but that's too bad. Over three decades, I have yet to come across a single sentence like this that I couldn't fix in a gender-neutral way. Fixing such a sentence may take a little effort and imagination, but that is true of many aspects of writing formal English.

I realize that mine is an increasingly unpopular opinion. That's okay. People get to have different opinions on such issues. If you don't like what a certain writer has to say about English usage, you can always hit the "unfollow" button on Twitter.

Posted by Yusuf Toropov at 1:48 AM

The Fifteen Most Common Grammar Gaffes

I won't pretend I wrote this (it comes from Copyblogger), but I will insist to my final breath that our world would be a better, happier place if everyone read it.

Posted by Yusuf Toropov at 2:50 AM

The more time I spend with people, the more I appreciate invertebrates and single-cell organisms. 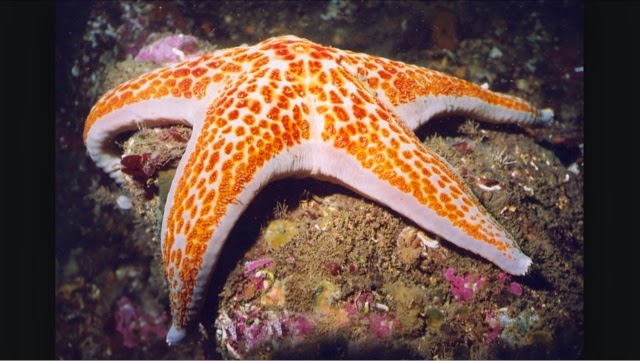 Posted by Yusuf Toropov at 2:15 PM