I'm a panelist at the TRUTH IN FICTION event on May 4 in London -- be there!

Really looking forward to this. Edward F. Wilson and Paul Hardisty will also be on the panel, inshaAllah, chaired by Sunny Singh. Sponsored by The Authors' Club.

Event Description: The very best fiction opens our eyes to the world around us, challenges preconceived ideas and highlights issues in society and often across history. Join us for a thought-provoking, fascinating and exciting evening of readings and discussions about truth in fiction, and about novels that leave us wondering how much is fact and how much is fiction.... The evening will weave together readings and fascinating insights and offer the opportunity to question these exceptional authors. 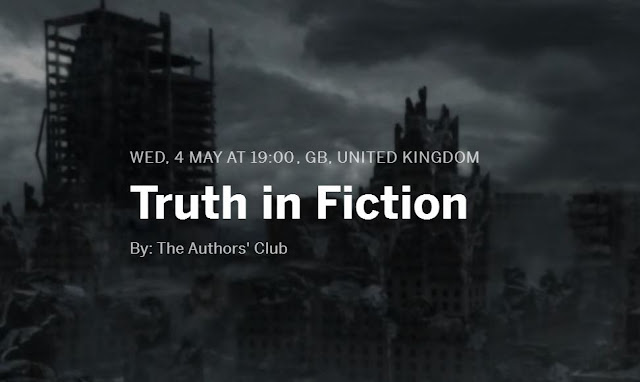 So here we go.

If this turns into a brokered GOP convention, I am hoping there is some Irish TV station with the instinct and the courage to broadcast it live. I don't care what time it is on over here. I'm staying up to watch it. I'm a political science geek, and if the Republican Party is going to have a nervous breakdown on national television, I want to watch while it takes place.

No American major-party convention has been gaveled to order with the nomination unsettled since 1948. Heavy hitters in the Republican party are now working very hard, and investing major resources, to make sure that happens. Should be fascinating. Pass the popcorn.

Below, one hypothetical set of pathways to (my) dream convention in Cleveland. All of them assume that my prayers are answered, and the Fascist candidate's boat loses some steam between now and what promises to be an epic California primary:

Something that has gone largely unreported, as far as I can tell anyway, is the massive impact California's Republican voters will have on the outcome of this race. As a native Californian, I can tell you that there are decades of resentment about the state's late placement in the primary season, and the unfairness of the country's most populous state having the least-heard voice in the selection of presidential nominees. That changes this year, with the state's primary shaping up as an Armageddon-like battle for the soul of the party. One can only pray that the last moderate standing, John Kasich of Ohio, emerges as a sane alternative to the two demonic alternatives on the Golden State's ballot. (I would not vote for Kasich, mind you, but I do fear for the country if either of the other two men head a major-party ticket.)

One of the perils of a brokered convention is its built-in necessity of back-room deal-making. Not all of those deals would preclude the nomination of the Fascist candidate. It is entirely possible that the Fascist candidate and Senator Cruz could simply shake hands and confirm an agreement to give Cruz the vice-presidential slot, in which case the last remaining moderate would go down without a fight, the insanity of the American body politic this year would be confirmed, and the smell of sulfur would intensify.

My pick for celebrity commentator for a brokered Republican convention would be W.B. Yeats, who predicts its sad outcome for me here:

Posted by Yusuf Toropov at 4:34 AM

No apologies: On books that kiss you goodnight and close the door

We need more books, I think, that kiss you goodnight, close the door and expect you to make the next move. With demagogues on the rise everywhere, with new religiously-fueled variations on McCarthyism more stylish every day in every nominally secular state, with extremists in the Middle East burning down libraries and extremists in the US demanding that store clerks say "Merry Christmas" instead of "Happy Holidays," such books -- books that make us think -- are more important to the human species than they ever were. And they were always important.

The world is shutting down its collective mind.

All the books that have meant a great deal to me have required a second look, a closer look than the first. Take an inventory, and I think you'll reach the same conclusion about the books that made a difference for you. The books that define us, I think, are like the people who define us: they are the ones we commit to. The ones that refuse to pretend (for long) that they are candy bars or situation comedies, easy to consume and easy to binge on.

In 2016, which is emerging, alas, as the year we all shifted our collective brain into neutral, I begin to wonder whether it is morally defensible to write a book that does not reward a second read.
Posted by Yusuf Toropov at 3:13 AM

Yes, I'm a man. Yes, I'm a Muslim. Yes, I am a feminist. #InternationalWomensDay 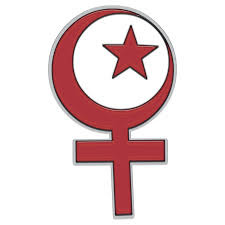 Islamic feminism is the global expression of feminism that concerns itself with the role of women in Islam.

Islamic feminists, male and female, work for gender equality, women's rights, and social justice in an Islamic context. The belief that the prophet Muhammad, peace be upon him, was unconcerned with the rights of women is a persistent urban legend Islamic feminists aim to uproot. 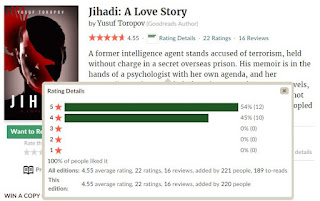 Muslim men not only can be feminists. It is now vitally important that they announce themselves as such, publicly. So that's what I'm doing.

Posted by Yusuf Toropov at 1:19 AM


A brokered convention -- one in which no one candidate secures the necessary majority of delegates, and deals must be made during the convention itself to determine the nominee -- is now a realistic possibility for the Republicans. This hasn't happened to the GOP since 1948.

It's a strange, strange year.

The spectacle of the Republican Party elite rupturing publicly with the supporters of the leading candidate for the presidency is not something I thought I would see in my lifetime. Their plan appears to be to attempt to prevent any candidate from securing the necessary 1200+ delegates.

It's all quite fascinating. And terrifying. Maybe less terrifying if you keep repeating to yourself that Il Duce (Trump) can't possibly make inroads into Latino and African-American constituencies in a general election. In fact, it's hard to see how a divided, dysfunctional Republican party, led by any nominee, could overcome a well-organized Clinton campaign in November, barring the entry of some third-party candidate.

For a persuasive case that Trump's fascism is more reminiscent of that of Mussolini than that of Hitler, see this excellent article by Lorraine Berry. 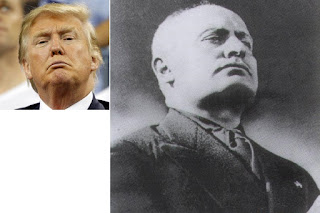 Posted by Yusuf Toropov at 4:40 AM

Email ThisBlogThis!Share to TwitterShare to FacebookShare to Pinterest
Labels: Politics

Readers eager to remain unaware of how storytelling works are unlikely to challenge storytelling when it is used (as it often is) to further interests that are foreign or detrimental to their own. So it's good to write a book that calls attention to its own mechanisms, questions those mechanisms, and thus makes readers engaged, or even angry, participants in the story, rather than passive consumers. Nabokov awoke this kind of fury, and he also got people to think -- surely a positive development. This kind of engagement is particularly relevant, I think, to those of us who are dissatisfied with the dominant narratives in Western media describing (it would be more accurate to say "purporting to describe") the aims of Islam and Muslims. References to pop culture, Nabokov and the Beatles and Humphrey Bogart included, are viable means to such an engagement.

In my novel JIHADI: A LOVE STORY, R.L. Firestone maintains that all wars are really puzzles, and the victors are the ones who get to pronounce their solutions.

“The Orient and Islam have a kind of extrareal, phenomenologically reduced status that puts them out of reach of everyone except the Western expert. From the beginning of Western speculation about the Orient, the one thing the Orient could not do was to represent itself. Evidence of the Orient was credible only after it had passed through and been made firm by the refining fire of the Orientalist’s work.”

To read reviews of JIHADI: A LOVE STORY, click here.

For a summary of the blog tour for JIHADI: A LOVE STORY, click here.

For an excerpt of the novel, courtesy of Orenda Books and Espresso Coco, click here.